Reports
The Learning Challenge
By Fenton Whelan | On 08 April 2014
Download (.pdf)
Share
Almost all of the world’s children are in school, but more than half are learning very little. For the first time in human history, we know what to do about it.

In school but not learning

In the modern world, a child’s chances in life depend not on whether they go to school, but on how much they learn. By this measure, despite great progress in expanding access to schooling, very few of the world’s children are getting the education they need to access the opportunities the 21st century offers.

For every hundred primary-age children in the world, 96 will attend some schooling. Ninety-one are in school now. However, just 37 will reach a basic level of learning in literacy and numeracy, equivalent to the 20th percentile in the developed world. Even fewer will reach a high level of learning.

This varies greatly around the world. In a few countries, more than 90% of children each at least a good basic level of learning. In 32 countries, less than 10% do.

What works in countries with the lowest learning levels

The best school systems spend hundreds of thousands of dollars educating each child, and use those funds to achieve high levels of learning. However, 50% of the world’s children live in countries where the total public funding available to fund their entire education is less than $3,000. Twenty-five percent live in countries where the total available is less than $2,000. Ensuring that every child learns will mean finding ways to provide a good education at these funding levels.

None of these features are highly complicated. However, the challenge of quickly implementing them across school systems with millions and sometimes tens of millions of students is formidable. Fortunately, a science for how to do that is rapidly emerging. 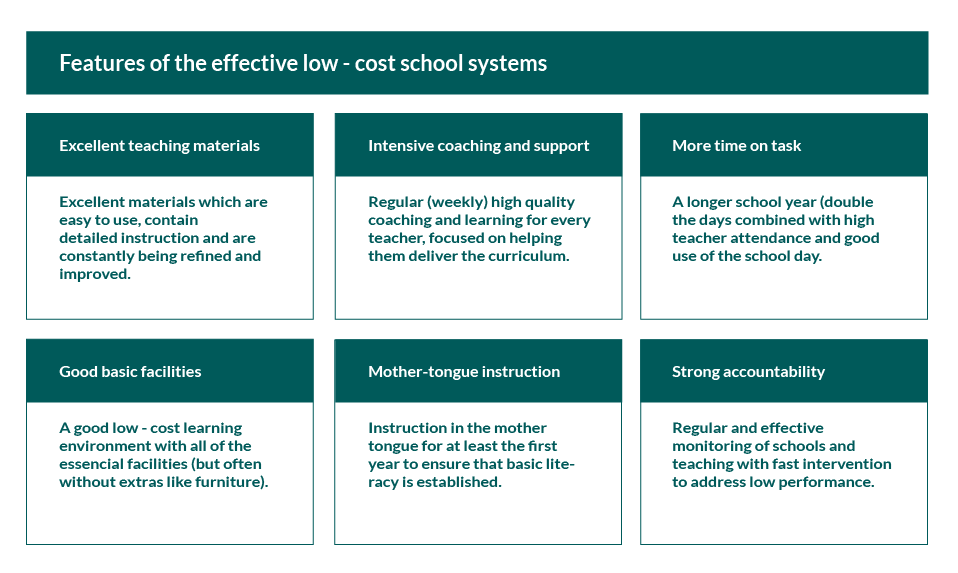 An emerging science of Delivery

Over the past 15 years, a set of techniques for successful implementation in government has begun to emerge, which Jim Kim, president of the World Bank, refers to as a “Science of Delivery.” If those techniques could be applied consistently across the world’s large school systems, it would dramatically change the world’s education landscape.

As a coherent theory of how to make change happen in government, Delivery first emerged in the Prime Minister’s Delivery Unit in the United Kingdom, under the leadership of Michael Barber. Since then (and often under Sir Michael’s guidance), delivery has been applied in a wide range of countries, including Australia, Brazil, Canada, Malaysia, Mexico, Rwanda, Sierra Leone, Thailand, the United States and others. Since 2011, with Michael’s support, the Government of Punjab has applied the same techniques in Punjab, Pakistan, the largest test of the approach so far in the developing world.

From those experiences, a set of lessons about how to successfully reform large school systems is emerging. They suggest that five things will be essential to get every child in school and learning: 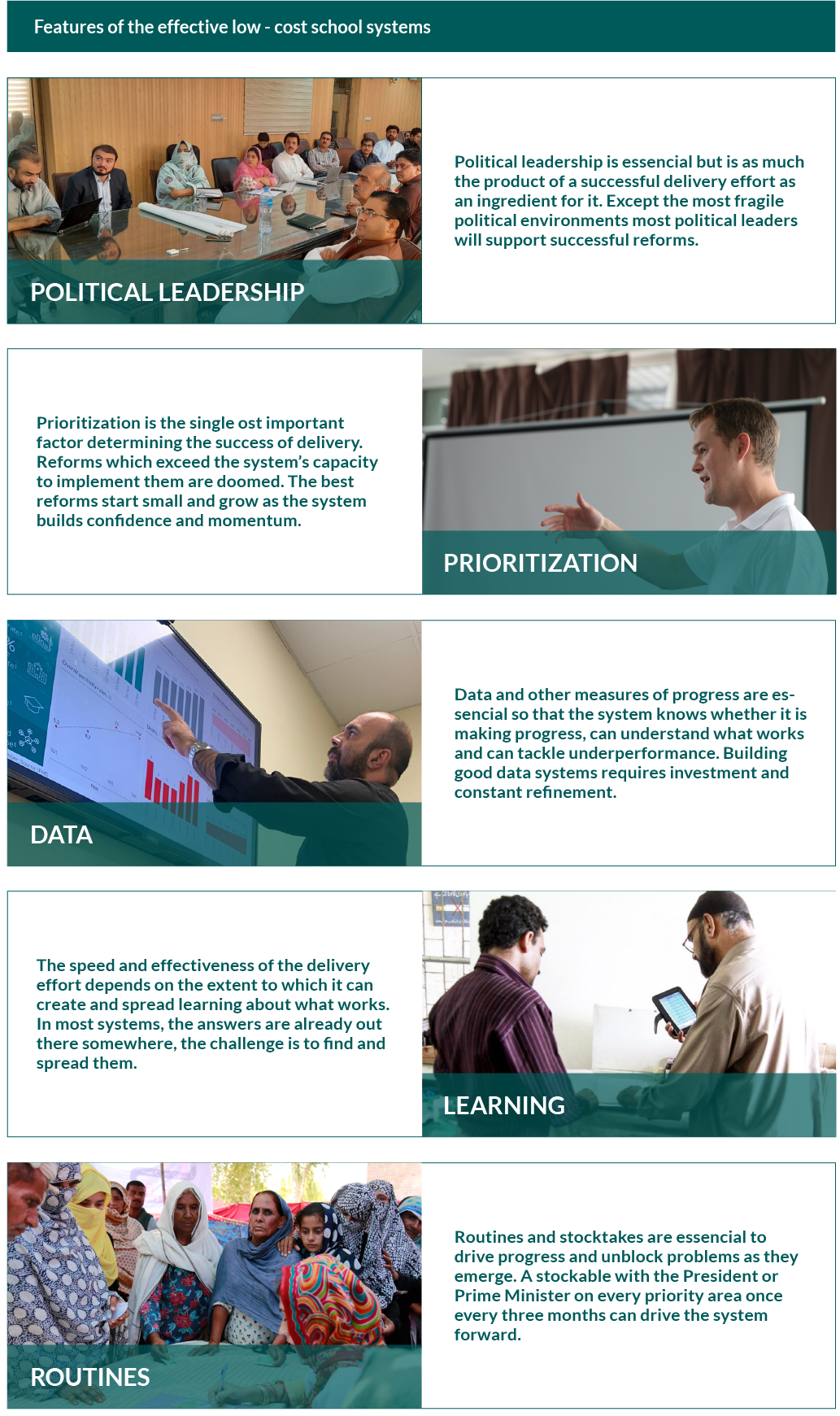 Ten years from now, two futures are possible. In one, the world’s largest school systems continue along incremental paths of improvement. The issues of implementation are not seriously confronted, the policy prescription is not adapted to the needs of the poorest countries and improvement happens slowly, if at all. In this future, hundreds of millions of children will never gain access to the education they need to seize the opportunities of the 21st century.

In the other, the world’s largest school systems embark today on ambitious reforms of their schools, based on the emerging knowledge of what works and how to implement at scale. They adapt, refine and build on that knowledge. They work within the real fiscal and other constraints to find the best possible solutions for their systems. And they create a world in which, ten years from now, the promise of education for all is truly becoming a reality.

MORE INSIGHTS
Reports
The Good News from Pakistan
By Michael Barber
|
Sir Michael Barber describes pioneering work in Pakistan to improve the school system in the province of Punjab. This report was published..
Learn more
Reports
Lessons Learned: How good policies produce better schools
By Fenton Whelan
|
An emerging science of how to improve schools is emerging. This book summarizes what we know so far about how to improve schools.
Learn more
Reports
Setting a New Pace: How Punjab, Pakistan achieved unprecedented improvements in public health outcomes
By Fenton Whelan & Will Anderson
|
Big wins for public health in Punjab, Pakistan.
Learn more
© 2022 Acasus. All Rights Reserved.
|
Privacy Policy