Public Health
The fastest increase in immunization coverage ever recorded
By Fenton Whelan | On 06 September 2018
Download (.pdf)
Share
A glimpse into how 4000 smartphones transformed immunization monitoring in Punjab, Pakistan.

Since 2014, a key priority for Punjab, Pakistan was improving immunization coverage. For the most part, Punjab had the staff, vaccines and equipment to immunize every child. However, to vaccinate children on time, the government had to ensure that a health worker actually visited every community, every month, to immunize children. It was in this final step that the challenge lay.

During the second half of 2014, each of the 4,000 health workers responsible for vaccination were given a low-cost smartphone by the Punjab Information Technology Board (PITB) (initially funded by the World Bank). The phones included a mobile application that enabled vaccinators to report their exact location every time they vaccinated a child. Within months, they were submitting hundreds of thousands of vaccination reports every month. The data from the phones meant the government knew in real time exactly which communities were being visited and which were not.

The way in which the data was used evolved over time, but ultimately, the team designed an online map in which 17,700 regions – each representing a small village or cluster of hamlets – were shaded either green or red, depending on whether the community had been visited by a vaccinator that month. The map was based on automatic analysis of recent satellite imagery, ensuring that no community – official or unofficial – was missed. 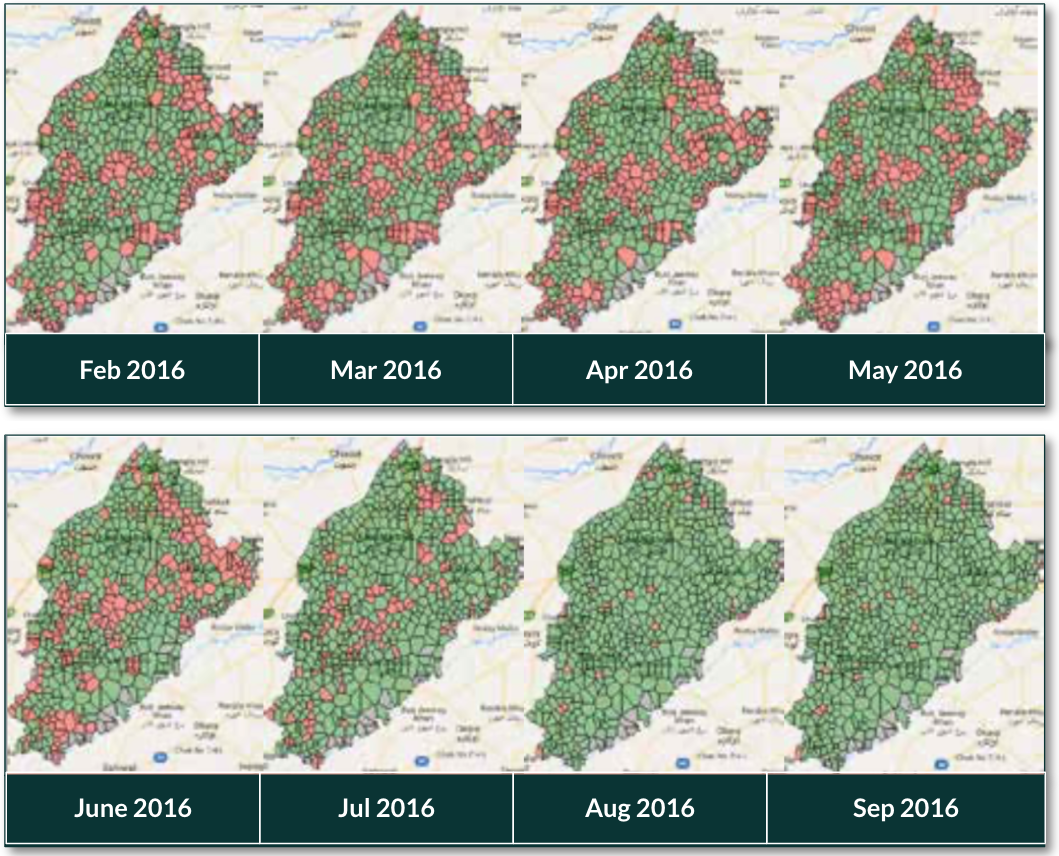 The map was used to identify missed communities, and then the Health Department, district staff and the Acasus team developed solutions to address the coverage gaps:

The fastest increase in immunization coverage ever recorded

Within two years, immunization coverage improved dramatically. A 2017 survey of 30,000 households found that coverage was 84%, 35 percentage points higher than in December 2014. The results were so strong that the government and donors commissioned four separate independent household surveys to check that the improvement was real, all of which confirmed the same results. Vaccination of children against polio reached an all-time high, thanks to the process of systematically covering every community in the province, rather than undertaking ad hoc campaigns. 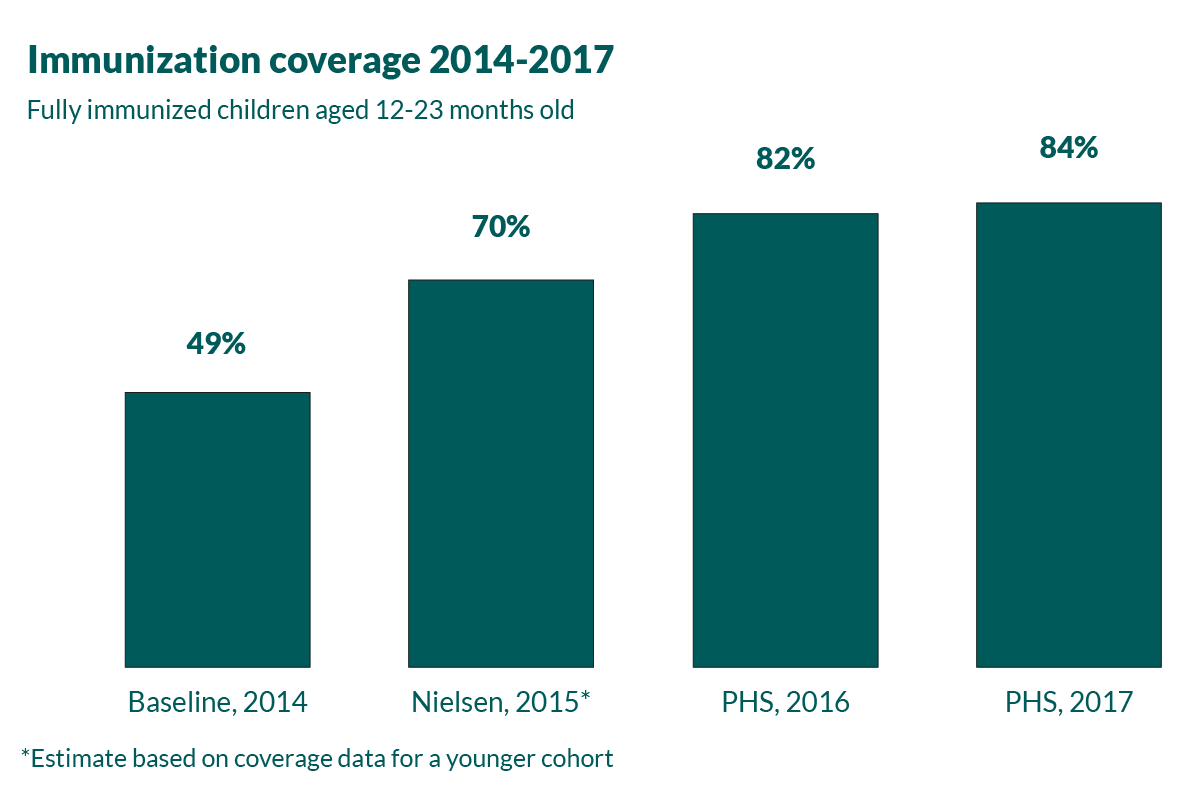 With the vaccination delivery system performing, Punjab began introducing new vaccines, including rotavirus, a vaccine to address one of the main causes of infant mortality. The higher coverage put Punjab well on the path to transforming health outcomes.

MORE INSIGHTS
Public Health
Lessons learnt: Designing effective campaigns to enhance COVID-19 vaccine administration
By Noor Fatima
|
During the past year, the roll out of the COVID-19 vaccine has been one of the biggest challenges for the health sector globally. While..
Learn more
Delivery
How to identify and resolve challenges in data utilization for governments across the developing world
By Fatima Shahid & Rimshaw Khan
|
The effective use of data in the public sector is often hindered by challenges unique to the various regions in which we work. By utilizing..
Learn more
Public Health
Not ready for the vaccine
By Ahmed Razzak and Fenton Whelan
|
A few countries are setting the pace for the world both in terms of the speed at which they are rolling out Covid vaccines and the..
Learn more
© 2022 Acasus. All Rights Reserved.
|
Privacy Policy