Delivery
Using satellite imagery to improve immunization coverage in DRC
By Amani Lwanzo, Oriane Gascon and Parias Mukeba | On 06 April 2021
Share
In 2017, surveys showed that only 1 in 3 children were fully immunized in the Democratic Republic of the Congo (DRC), while 1 in 5 did not receive any vaccines at all (MICS).

Partners, including Acasus, worked together to provide innovative satellite-based data maps to help vaccinators plan how to reach unvaccinated children. 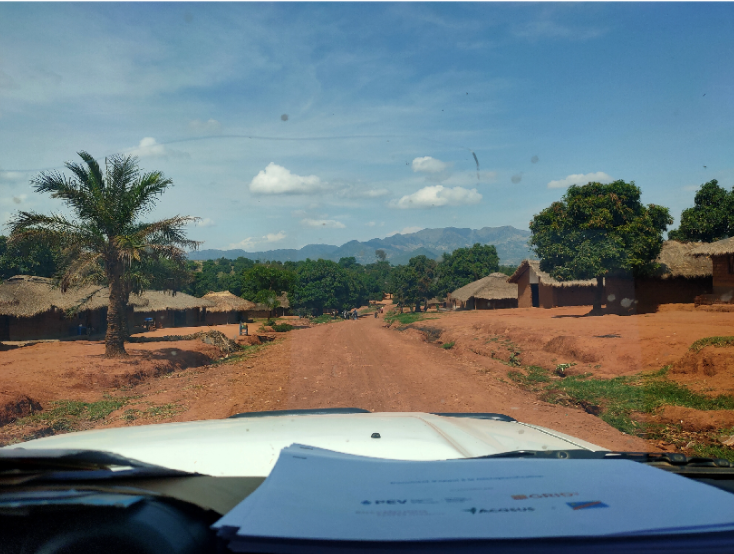 The second largest country in Africa, DRC ranks 196th worldwide in population density. Some villages are days from the closest health center, and centers often have limited staff and few resources.

Health area managers struggle with poor quality or missing data on villages and the population. They are required by the Ministry of Health to fill in templates each year during the annual micro-planning process, but for nurses in rural areas, building a realistic strategy to reach all children is nearly impossible. 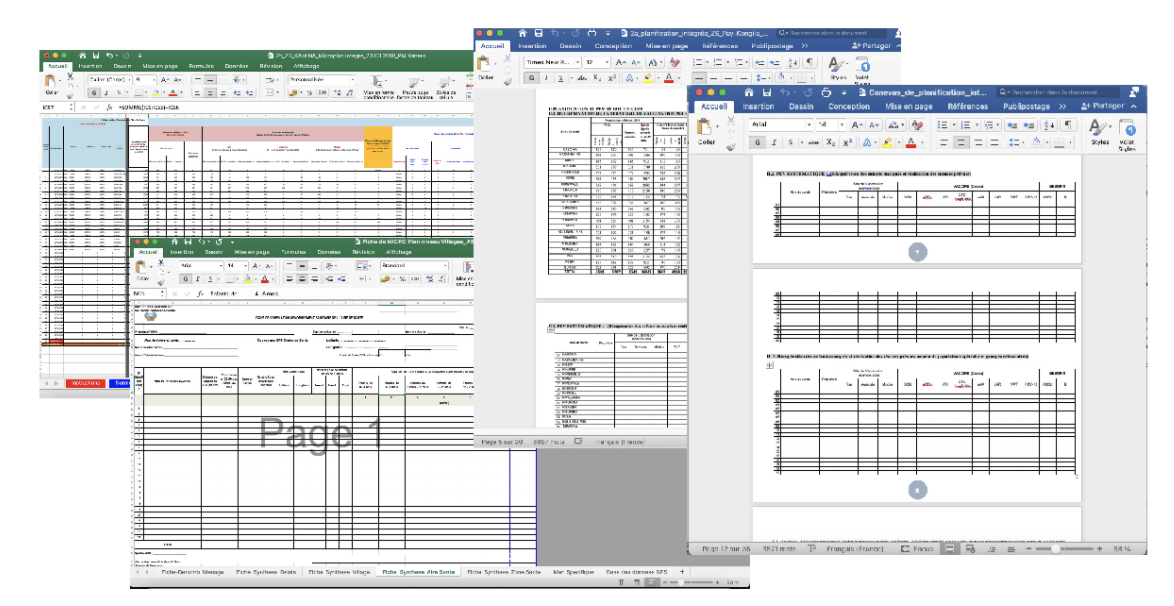 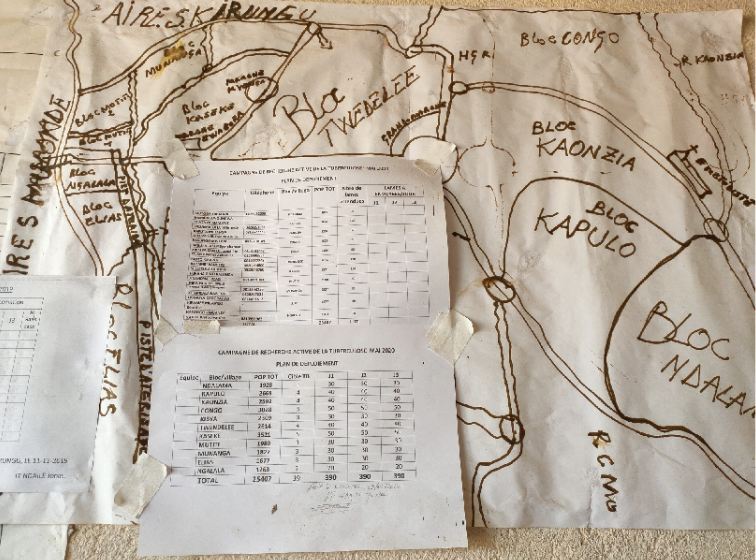 In partnership with the Expanded Immunization Program (EPI) and the Bill & Melinda Gates Foundation (BMGF), Acasus and the GRID3 (Geo-Referenced Infrastructure and Demographic Data for Development) ‘Mapping for Health’ team designed and generated semi-automated micro-planning documents to help plan services. Over 600 documents were generated - one for each health area and health zone in two provinces of DRC.

These documents leverage a precise mapping of the health areas - locations and names of settlements, and limits of health areas and health facilities - developed by the Center for International Earth Science Information Network (CIESIN) at Columbia University. WorldPop, a research program at the University of Southampton (UK), also developed geospatial datasets derived from satellite imagery to identify all settlements and build population estimates. These datasets fed into a site placement optimization algorithm developed by Flowminder, a Swedish non-profit foundation.

These micro-planning documents leverage a detailed mapping of the health areas, some rapid  population estimates and a site placement optimization algorithm

A draft was first generated for the local and central vaccination teams to review. Borders, fixed vaccination sites and village names were then validated and updated in partnership with local stakeholders.

The micro-plans provide local healthcare workers with realistic guidelines on how to best serve their population considering the limited resources (e.g. adjusting the frequency of community visits based on population). They suggest where and when to conduct vaccination sessions in order to maximise coverage.

The micro-plans include fixed facility location, recommended outreach sites, population estimates, names of villages, and a minimum visit frequency for each site. Summary dashboards were generated to give health zones and provincial managers an overview of the situation of each health area. 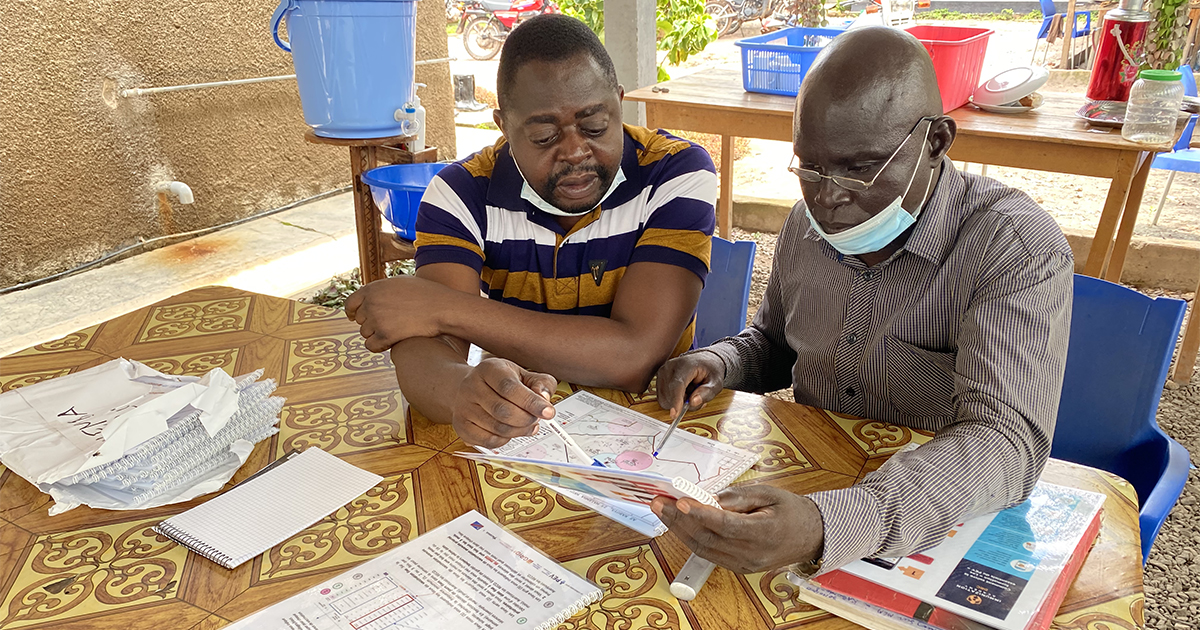 A survey administered found that over 90% of healthcare workers preferred the new micro-plans to the previous planning process.

The micro-plans are also helping to address issues linked to equity and vaccinating “zero dose” children. In many cases, local staff were previously unfamiliar with the sites suggested to cover communities that had less than 1,000 inhabitants (60% of the sites needed to cover 20% of the population in Tanganyika). These micro-plans, as a result, helped identify populations that would previously not benefit from vaccination services.

This will help contribute to a range of activities currently underway to dramatically increase coverage of health services in DRC.

MORE INSIGHTS
Delivery
How to identify and resolve challenges in data utilization for governments across the developing world
By Fatima Shahid & Rimshaw Khan
|
The effective use of data in the public sector is often hindered by challenges unique to the various regions in which we work. By utilizing..
Learn more
Delivery
Rapidly mapping health facilities in fragile and conflict-affected contexts: lessons from Somalia
By Jonny Barty & Abdiwahab Abdullahi Elmi
|
Somalia is one of the most difficult places to provide health services, following decades of conflict and political instability, and..
Learn more
Delivery
Lessons from two decades of school reform in New York City
By Fenton Whelan
|
New York City’s schools have improved significantly and can teach us a lot about reform.
Learn more
© 2022 Acasus. All Rights Reserved.
|
Privacy Policy